One day back in 1995, while preparing a lecture for my script analysis class, I discovered that, in films that have stood the test of time, it’s often possible to trace distinct character and theme story lines operating in parallel with the plot, which lead me to theorize that this may be what accounts for their staying power. However, along with this insight I also got a sinking feeling. “Oh no,” I thought, “now I’m going to have to write a book.”

I felt an obligation to share my discovery beyond the 20 people who show up in my classes, but I dreaded the prospect of having to translate my video-heavy lectures into mere words on a page. So I procrastinated on the idea – for years. People told me I should do webinars or podcasts, but, in truth, I really did want to write a book. I just wanted it to be a book that I would want to read. Now, with the advancement of media-rich ebook technology, I have found a way to do that.

A couple of years ago, I made a prototype multimedia ebook on my analysis of The African Queen, combining text, photos, videos, audio and interactive graphics, for the Mac-based iBooks app. I showed it to some colleagues and got an enthusiastic response. But I was also confronted with a limitation: Teachers couldn’t use it in their classes if it was only available on Mac-based products.

In my own classroom, I often felt I might better serve my students if I would stop trying to drum abstract principles into their heads around a conference table and, instead, focus on showing, in the lecture hall, the beauty of how these principles can work in the great films. I now wanted to give other teachers a way to offer their students that lecture hall class in a digital book form. But for that to work, I would have to find a way to produce it cross-platform.

Then, thanks to Bob Stein of the Institute for the Future of the Book, I met Dan Visel, a book designer and programmer innovating in media rich ebooks. Dan also had ideas on how to go cross-platform by producing not only downloadable iPad and Android apps for tablet viewing but also a web-streamed version for computer viewing. With Dan’s innovations we can provide access to users who don’t have tablets on any computer with an internet connection.

One thing we have learned along the way, though, is that the term “multimedia ebook” doesn’t do justice to the immersive, engaging user experience we have created. Hence, we have coined the term “screenbook” for a digital book that integrates screen-based media and interactive graphics into the printed text to offer a truly 21st century learning experience. 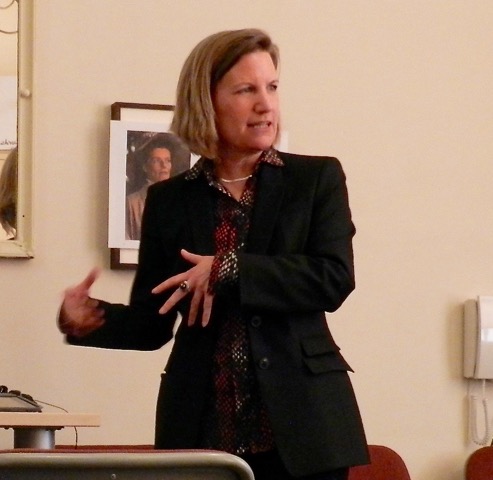 Jennine Lanouette, Founder and CEO, has lectured on script analysis at Lucasfilm and Pixar in the San Francisco Bay Area and at The New School and School of Visual Arts in New York. She got her training in screenwriting in the Columbia University Graduate Film Program when it was chaired by Frank Daniel, and went on to study the history and theory of drama at New York University. Her story consulting clients include Pixar, Independent Television Service, Film Arts Foundation and numerous individual writers and directors. As a journalist, she has written for Premiere, The Village Voice, Sight and Sound, Screen International, The Independent and Filmmaker. 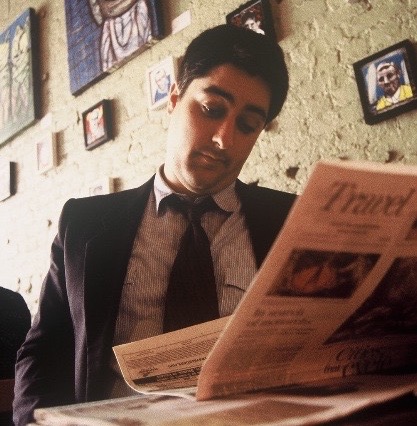 Dan Visel, CTO, is a programmer, book designer and editor who has written and spoken extensively about the book and its relation to technology. He has also served as a researcher for the Institute for the Future of the Book, a Brooklyn-based think tank on the changing nature of the book as it moves to the networked screen. He was a founder of Unfold, a start-up mapping political discourse, and he is a contributing editor at Triple Canopy, an online magazine that curates and facilitates new media projects.
A Note About Copyright: The use of photos and videos in this ebook constitutes Fair Use under US Copyright Law. Also, the Copyright Ruling in 2012, providing exemptions from the DMCA, held that circumvention of DVD encryption is allowed when using short portions of a motion picture for the purposes of criticism or comment in short videos and nonfiction multimedia ebooks offering film analysis.
© SCREENTAKES 2022