The Battle in Seattle 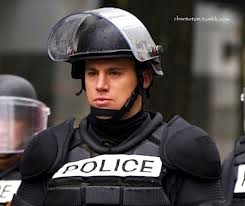 I spent my Thanksgiving this year in Seattle. My first trip ever to that seafood city. So the night we got home, when Ed and I were looking for a video to watch, I said, “Let’s watch something Seattle-y.”

That morning I had seen a three-page spread in the Seattle Times on the 10th anniversary of the protests that shut down the WTO meetings. An historical marker little noticed by the rest of the world, to be sure. But it seems that for Seattle the wounds still linger. So the logical video choice became The Battle in Seattle, for a little bonding with that city’s past trauma.

I have always been curious about this film. When it had its theatrical release, I wanted to see it but, before I knew it, it was gone. Maybe it was too poorly made to generate word of mouth. Or maybe it was too controversial for the marketing team. But I was still curious. I thought it was an interesting choice to portray those events dramatically. Given the explosion of social and political documentaries on such topics in recent years, a documentary film would have been expected. But a dramatic film? Hmm. That’s more risky.

For those who haven’t seen it, which apparently is most of the world, it is a dramatization of the five days of protests from Nov. 29th to Dec. 3rd, 1999, following six characters: four leaders of the protests, a Seattle riot cop (Woody Harrelson) and his downtown department store clerk wife (Charlize Theron). There are also some prominent secondary characters such as the mayor of Seattle (Ray Liotta), the Seattle police chief, a representative of Doctors Without Borders giving a presentation at the conference and an African delegate heading up the African caucus of WTO member nations.

I found the film neither poorly made nor particularly controversial. The production quality is good and most of the information in it is only slightly more than what has been generally reported. In other words, it’s not the kind of opinionated political film that Spike Lee or Oliver Stone would have made. It’s a fairly well-balanced, almost squeaky clean, representation of all sides. In fact, it kind of reads like a documentary, except that we know it’s fiction. A title at the beginning tells us that characters have been changed and made up. This, of course, allows for a certain amount of dramatic license. But the downside of dramatic license for a film wanting to raise awareness on a topic is that we can’t be 100% sure how much fact we are seeing on the screen.

There are things I quite admire about the film: the efficient and understandable way it explains what the WTO is and why we should want to protest it; how it weaves in the Doctor’s Without Borders representative and the African caucus delegate to show people struggling on the inside to bring attention to human concerns; and Ray Liotta’s portrayal of the mayor’s Faustian dilemma – sure, you can have the prestige of hosting a world-class event in your provincial city but be ready to violate free speech principles when unseen powers pressure you to use force against peaceful protesters. (I always love a good Faustian dilemma in drama.)

Where the film fell flat for me was in the rather generic renderings of the protest leader characters. Complex character often gets lost in films focused on illuminating a social issue because of that difficult balance between individual needs and the common good. Stories promoting the common good have a hard time putting forth the quirks, foibles and inconsistencies of individual human nature.

That’s why these do-good dramas are so often based in plot rather than character or theme. And this film is certainly an example of that. In the end, the protesters have their triumph when the mayor is forced to release from jail those who had been arrested. Then the doctor and the African delegate, having become empowered by the protesters success, throw away their prepared scripts and speak forcefully and from the heart in their meetings. This broadens the triumph beyond just the events of that week. Indeed, post-scripted titles describe positive repercussions of the protests that resulted for years after.

So, in the interests of making a political statement, a considerable degree of character depth and nuance is left behind. I consider that unfortunate. But what I miss even more in this film is any semblance of theme. There are plenty of lofty ideas running through – freedom of speech, fairness in trade, primacy of the environment, the valuing of human welfare over commercial profit. But these ideas are reported to us by generic characters arguing with each other rather than being communicated through the dramatic action itself.

A few weeks ago, I lectured on Thelma & Louise in my Intro to Story class. This film was born out of writer Callie Khouri’s anger at being sexually harassed on the street by men who are strangers to her. One day she had a fantasy about shooting one in the face. This gave her the idea for a story about two women who kill an attempted rapist out of pure outrage and then go on the lam from knowing that society will judge them more harshly than the rapist. This act of retaliatory aggression and their subsequent flight is empowering to the two women. In the end, when cornered at the edge of the Grand Canyon, they decide that, rather than surrendering to “punishment” for what they’ve done, or trying to fight back against insurmountable odds, they will drive over the edge of the canyon to their ultimate freedom from this world that is so unjust towards women.

Khouri was criticized by feminists for having the women “commit suicide” in order to be independent. Khouri countered in interviews that this reading of the ending was too literal. She intended it as a representation of the spiritual freedom they had gained through their awakened consciousness and empowerment. Who’s reading was more apt? The proof is in the impact the film had – both high critical praise and off-the-charts box office numbers, as well as awards aplenty, and almost 20 years later people are still watching, talking and writing about it. Khouri’s higher purpose for this film was to shine a light on society’s double standard in which men are allowed to act offensively and aggressively towards women with little or no consequence, yet when women respond in kind they will have hell to pay. Apparently, her purpose was achieved.

When the film Monster came out a few year’s ago, I liked to call it “Thelma & Louise’s Evil Twin.” This is the docudrama portraying the life of Aileen Wuornos, the so-called “first female serial killer.” Wuornos had been sexually abused as a child, became a prostitute at age 13 and was never able to pull herself up out of those circumstances. When one of her “johns” horribly brutalized her, she escaped by killing him. Not having the option of going to the authorities, she continued making her living the only way she knew how. But something in her had snapped such that she kept killing john after john after john. When finally caught, she was vilified and persecuted by the press as well as the authorities. Part of what made her story such sensational grist for the media mill was the unbridled rage she expressed right up until the end for a system that judged her in isolation with no consideration of the crimes that had been perpetrated against her. This was the gritty reality version of Thelma & Louise on steroids.

The bigger picture of Aileen Wuornos’s story certainly deserves to be told. Especially since there is much in it that speaks to violence against all women. But it didn’t have nearly the cultural impact that Thelma & Louise had a couple of decades earlier. Possibly, it was too real to reach much beyond preaching to the converted.

Looking at these two films together puts to rest Khouri’s argument as to the symbolic nature of her ending. In comparison to Monster, there is no question that Thelma & Louise is not portraying a literal reality. Literal reality is much more ugly and horrifying than watching a couple of glamorous actresses romping across an exquisite landscape in a spiritually liberating crime spree. But which film managed to communicate its message more widely and lastingly? The one that made its point through resonant dramatic action rather than direct reportage.

Pure drama depends on metaphor to communicate its abstract ideas. A docudrama tends not to have much metaphor since it is striving foremost to be a faithful representation of actual events. I believe it is the lack of metaphor that prevented The Battle in Seattle from being able to capture the public imagination and was the greatest contributor to its poor showing in theaters. Marketing and distribution considerations aside, in pure filmmaking terms the intention to give a balanced account of the actual events would probably have been better served in the documentary form.

The makers of the Seattle film worked mightily to downplay the rage expressed by certain protesters in property damage. Hence, the film’s squeaky clean quality. But sometimes you need a bit of rage to get your point across. Dramatic metaphor is both a more appropriate and more effective vehicle of communication for it. My heart breaks for the rage felt by Aileen Wuornos about her circumstances. But it is the rage expressed by the likes of Thelma Dickinson and Louise Sawyer that is more likely to help save the rest of us from her fate.