The Screenplay’s the Thing: The Ides of March 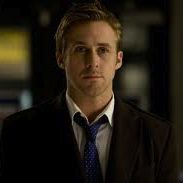 I just watched The Ides of March on DVD because I had missed it in the theaters. I always try to make a point of seeing political films when they come around. But some internal radar was telling me, “Don’t get too excited about this one.” Now I see that my gut feelings were not unfounded.

Despite great actors, a good director and many, many good intentions, the film is dull and confused because the script is just not that good. And the biggest clue to what’s wrong with the script lies in this fact: It was adapted from a play . . . badly.

I hate plays. Well, no, that’s not exactly true. I can definitely love them and celebrate them when they are happening live on stage in front of me. What I hate is watching a play on screen. I really hate that, like I want to get down on the floor and pound my fists into the rug. I hate it that much.

Of course, watching an adapted play doesn’t have to be watching a play on screen. But in order for that to happen, whoever is doing the adapting needs to understand what films can do that plays cannot, and what plays can get away with on stage that will not translate to the screen. Sadly, I didn’t see that understanding at work here. I really wanted to like this film.

To elucidate further, I will venture a broad generalization some may have a problem with: As an overall tendency, plays are absorbed consciously through intellect and movies are absorbed unconsciously through emotions. NOT to say that either can’t have plenty of the other at work. They can and should. But, generally speaking, a play that is aimed at the viewer through emotion is called a musical. A film that wants to communicate with the viewer purely through intellect I would be inclined to call pretentious. It’s just not in the nature of the thing.

But this is not the sin of The Ides of March. This film is simply making a mistake. There is an ethic among progressive-minded writers and directors that says, “We will distinguish ourselves from Hollywood dribble by making it our priority not to insult the audience’s intelligence.” They think the way to do this is to avoid, at all costs, spoon-feeding the audience with information. I am also in favor of not spoon-feeding, but their ideological fervor makes them go too far. The saddest case of this is Syrianna, which was so obscure and indirect that most intelligent people I know felt more tormented by the film than challenged by it.

My guess is the writers of The Ides of March thought that maintaining the cryptic, fragmented, elliptical dialogue style of the original play would be a way of respecting their audience’s intelligence. They wanted to keep the playness of the play so as not to lose that intellectual appeal. But what this does instead is it forces the viewer to think in order to know what’s going on. It also misses out on film’s great strength, which is the ability to communicate unconsciously.

You like a character on screen without fully knowing why. I know why. It’s because you saw them do something that enabled you to become emotionally invested in them without having to evaluate them with your conscious mind. The character’s action embodies information about them and your emotional response is the channel through which that information is delivered into your unconscious. This is how you become invested in all of what goes on in the film. The film’s intellectual content, then, is in the ideas being metaphorically represented in the action. The viewer’s intellect is engaged by their willingness to reflect on those ideas.

When I first saw A Clockwork Orange at age 17, I knew it was a great film. I knew nothing about film in general and I wasn’t even too clear on what this film was about. But, in the powerful effect it had on me, I could feel the deep layers of meaning lurking under the surface. Last year, preparing a lecture on it, I applied my analytical brain to peel away all the layers and uncover those elements that had added up to such a powerful effect, and I was astonished at all the complex meanings that I found. A Clockwork Orange is a perfect example of speaking ideas to our conscious intelligence by embedding them in action and visuals that are delivered to our unconscious through emotion. (Likely, this film comes to mind because it also comments on election manipulation.)

Now, I could show you, scene by scene, all the mistakes that were made in the writing of The Ides of March – all the on-the-nose dialogue, all the clunky background exposition, and all the reporting of action rather than showing it happening. But that would take way more blog-inches than you likely want to invest.

So I’ll just give one example.

The story is about Stephen Meyers, an idealistic media strategist on a presidential campaign, who ultimately becomes corrupted by the dirty tricks he is surrounded with. Here’s a scene near the start of the film in which the opposing candidate’s campaign manager, Tom Duffy, is trying to get Stephen to come work for him. He has put his offer on the table and been rejected.

DUFFY: You are going to lose Ohio.

STEPHEN: I am not.

DUFFY: You’re sitting on about a six percent lead in both polls. Six percent of all Democrats polled.

DUFFY: No, six. Doesn’t matter. Ohio’s an open primary, right? Independents and Republicans get to vote for the Democratic candidate.

STEPHEN: You think they like your guy? A pro-choice, tax and spend liberal?

DUFFY: No. Fuck no. They hate him. They think they can beat my guy. But they’re very worried about yours. So starting tomorrow morning you’re gonna see a fucking blitz. Limbaugh, Hannity, all those right wing blogs are starting a “Get out the vote campaign.” They’ve started already. Every fucking conservative in Ohio is gonna line up around the block and punch my guy’s ticket. And that’s just one step. Ohio is gone. The polls don’t mean shit. Tomorrow morning everybody’s gonna know. That’s why I want you to handle the fallout that we’ll have in the press.

The problem here is that this is a very important piece of information. It’s a bombshell, and it figures big in the rest of the story. But it’s not getting the proper weight by being reported to us in dialogue. We need to learn about it through action. But how do you do that with something that will happen in the future? Here’s how: You do it by treating the dialogue as action. You write dialogue that communicates what the characters are doing to each other. This is the big distinction between screenwriting dialogue and playwriting dialogue.

Let’s go back to this scene to see what these characters are doing to each other through their dialogue.

DUFFY: You are going to lose Ohio. [What is Duffy doing? He is challenging Stephen.]

STEPHEN: I am not. [What is Stephen doing? Defending himself, although rather weakly.]

DUFFY: You’re sitting on about a six percent lead in both polls. [Duffy is beginning to build his case, but it’s confusing because it doesn’t sound like evidence to support losing a primary.] Six percent of the Democrats polled. [This sounds like he’s either repeating himself or correcting himself because we don’t have the proper context to understand what he’s really trying to say.]

STEPHEN: Eight. [Now Stephen is correcting Duffy but it’s not clear why since Duffy already seems to be conceding that Stephen’s guy has a significant lead.]

DUFFY: No, six. [Okay, it’s a pissing contest.] Doesn’t matter. [Changing the subject.] Ohio’s an open primary, right? Independents and Republicans get to vote for the Democratic candidate. [He’s starting to build his case with facts, but the information is a little lost on me because, again, I don’t have enough context. So I have to stop and think about it to understand his point.]

Oh, hell, it’s much easier to illustrate dialogue-as-doing by just rewriting the scene. (Suggestion: First read it through without the italicized comments, then read it with them) Here’s my version:

DUFFY: You are going to lose Ohio. [What is Duffy doing? Challenging Stephen.]

STEPHEN: With an eight point lead? Don’t think so. [What is Stephen doing? Countering Duffy’s challenge, with confidence.]

DUFFY: Six percent. [Hitting back.] But that doesn’t even matter. [Changing his approach.] The poll numbers don’t mean anything. They’re only polling Democrats and Ohio is an open primary. [Beginning to build his case for why Stephen’s candidate will lose.]

STEPHEN: You think Independents are going to turn out and give it to your man? [Trying to shoot holes in Duffy’s case.]

DUFFY: Yes, I do. And Republicans. [Standing firm and continuing to build.]

STEPHEN: How are you going to get Republicans to vote for a tax and spend liberal? [Challenging Duffy to prove his case.]

DUFFY: I’m not. They’re doing it for me. [Still building.]

STEPHEN: Who? [Still looking for proof.]

STEPHEN: What are you talking about? They hate your guy worse than they hate mine. [Challenging the trump card.]

DUFFY: But they think they can beat my guy. They’re very worried about yours. [Offering the logic behind it.]

STEPHEN: So you think the Republicans are going to mobilize their voters to turn out for your guy on the 15th. [Questioning Duffy’s grip on reality.]

DUFFY: I don’t think. I know. Starting tomorrow morning, you’re gonna see a fucking blitz. Limbaugh, Hannity, all those right wing blogs are gonna start a “Get out the vote campaign.” [Laying it all on the line.]

STEPHEN: Where are you getting this? [Challenging his sources.]

DUFFY: They’ve started already. [Giving his final proof.] Every fucking conservative in Ohio is gonna line up around the block and punch my guy’s ticket. [Filling out the picture.] The polls don’t mean shit. [Hammering it home.] And tomorrow morning everyone’s gonna know. [Leaving Stephen’s problem and coming back to his own problem.] That’s why I want you with us, to handle the fallout we’ll get in the press. [Making his final appeal to Stephen to come work for him.]

Now go back and read it with the italics to see what they are doing to each other (if you haven’t already).

Hopefully, my little illustration makes the benefits of this approach self-evident. I’m only trying to help. I really want George Clooney to be successful with his political films.

You can watch The Ides Of March on the following Video On Demand websites: