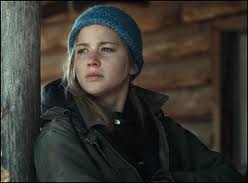 Back in the late 80s and early 90s, I was a journalist in New York championing low-budget and no-budget films. I worked among a loosely organized community of independent film devotees in a cultural climate that was, from my perspective anyway, highly mission-driven. We were empowering films that forged a new aesthetic, put forth an individualized voice or revealed an area of human existence not seen in the mainstream. We weren’t interested in low budget films that were high on conventional polish while being low on a distinctive point of view. Such a film we would disdainfully dismiss as a “portfolio piece for Hollywood.”

This was the pre-digital era. Films still had to be shot on celluloid using expensive, heavy equipment. People were making full-length features out of nothing, just to express themselves and make a statement. Over and over, it appeared these independent filmmakers had done the impossible. I greatly admired their achievements.

But there were downsides. Bad acting was rampant. Clumsy writing and unschooled directing were also prevalent. At first these rough edges could be forgiven because of the freshness of the vision. But after a while, the charm started to wear off. Then independent film began leaning toward the violent, the navel-gazing or the self-consciously post-modern and I began to lose interest. Fortunately, around that time a friend from graduate school asked if I’d take over his screenwriting class and I found a new cause to champion – helping students learn to write well-crafted and artistically meaningful stories.

Nonetheless, the out-of-the-mainstream, ultra-low-budget, intellectually earnest and emotionally intense independent film has always been my first love. I have watched that sector of the industry go through its ups and downs, and have noted the periodic declarations that “Independent film is dead!” Yet the films, whatever their indulgences and excesses, always seem to keep getting made, with a gritty determination one can’t help but admire, like the weeds that keep pushing up through the cracks in my backyard patio.

Over the years, much hot air has been spent trying to define what exactly constitutes independent film. Is it simply a function of the budget? The financing structure? The distribution plan? Or is it an aesthetic? A sensibility? A political/social perspective? I don’t claim to have a tidy answer. But I would venture to say that one of the key underlying questions of independent filmmaking, whether acknowledged or not, has always been – How do you get out of the Hollywood fantasy mold and talk about something real?

Each new genuinely independent work being served up is simply posing another possible answer to that question. For some artists, the answer is employing a radical aesthetic, for others it is taking an unpopular perspective, for others still it just means breaking “the rules” every which way you can. And many rabbit holes have been run down in the process. Despite my own periodic eye rolling and throwing up of hands at these misfires, I am, nonetheless, always glad to see that the question keeps being asked.

In the last couple of years, a new sub-genre of independent film has emerged presenting the most interesting answer to this question that I’ve seen in a long time. About a year ago, A.O. Scott proposed a name for them – the Neo-neo-realist films, after the Italian Neo-realist films of the 1940s and 50s. Personally, I would have called them the American Neo-realist films. Whereas Scott apparently sees them as simply successors in time to their Italian forebears, I would emphasize the degree to which they are the American social/cultural counterpart to the blighted Italian society earlier depicted. But no matter. The more important point, as I see it, is that these films are a signal of American independent film having finally come into its own as an artistic genre. In a way, I now feel like, all these years, I have just been waiting for independent film to mature. And it finally has. It has gotten serious. Very, very serious.

My first encounter with one of these films was at the Mill Valley Film Festival in 2008 when I went to see Kelly Reichardt’s Wendy and Lucy, and came out of the theater stunned beyond all expectation. It is a very simple story of a young girl (Michelle Williams) traveling to Alaska in search of a job, who loses her dog (Lucy) and has to find her again before continuing on her journey. But in it’s quiet, poetic, minimalist way, it manages to speak volumes about the economic ravages of these times.

Reichardt is the one filmmaker in this bunch to have roots back in my earlier journalist days with her first feature River of Grass in 1994. It was because of having seen that film so long ago that I knew I didn’t want to miss this latest one showing up at Mill Valley. And in so doing I had the rare opportunity to see someone who I remembered as a very good filmmaker having evolved into a master. I am so grateful that she has doggedly (so to speak) kept at it all these years, apparently developing a greater and greater respect for the medium, as opposed to so those filmmakers who are simply indulging their egos.

A couple of months later, while raving about Wendy and Lucy, a friend who is a film festival programmer told me to see Lance Hammer’s Ballast and, as luck would have it, it was playing at the rep house near me the very next week. This one takes us into a fractured family in the Mississippi Delta on the brink of crisis and their struggles to restore a fragile balance among them. The social and aesthetic common ground between the two films was clear, and I wondered how two filmmakers, working separately, could arrive at such similar results, so in sympathy with each other.

Not long after that, on my way to see some film (can’t remember which), I arrived too late not to miss the beginning. So I made another selection and ended up in Courtney Hunt’s Frozen River, knowing nothing about it except that the lead actress (Melissa Leo) was nominated for an Academy Award. The story that unfolded in front of me, of a single mother trying to obtain money for a new home for her children after her husband has left with her life savings, had me on the edge of my seat experiencing a tension far greater than I have ever felt in the most action-packed Hollywood thriller. This made three films toiling, in subject matter, way out on the margins of society but made with a cinematic sophistication not often seen, or not often enough, among low-budget films. What’s going on here?

Then I started hearing about Ramin Bahrani and his cycle of films – Man Pushcart, Chop Shop and Goodbye Solo, also toiling way out on the margins of society and also employing a welcome cinematic sophistication. I happened to see the latter while the San Francisco International Film Festival was going on, but in its commercial run. As I would run into people at The International asking me my favorite festival films, all I wanted to talk about was Goodbye Solo. I later watched the other two on video and have to say, actually, Chop Shop is my favorite among them.

A couple months later, responding to buzz I was hearing, I went to see Cary Fukunaga’s Sin Nombre. Although this film takes place in Mexico and Central America, I include it in this genre not only because it’s made by an American director, but also, perhaps more importantly, because it’s subject matter is so critical to this country’s current social reality. A teenage girl emigrating to the U.S. from her poverty stricken Honduras to seek a better life and a teenage boy escaping from a vicious Mexican gang end up traveling together in an unlikely and at times uncomfortable pairing. I liked this film so much, I saw it twice, perhaps in part to make sure my eyes had not deceived me. Was that film really as good as it appeared to be? Yes, indeed, it was.

Now playing in theaters is one more such gem: Winter’s Bone. This film has gained just slightly more attention than the others, universally well regarded by critics and creeping up, up, up in it’s box office numbers. It is about a teenage girl in the Missouri Ozarks looking for her father, who has been sprung on bail, so that she and her siblings don’t lose the house that he posted for his release. It has been described as a sort-of low-key thriller in the country noir vein. I would describe it as quietly dramatic, never failing to show us the emotional violence that often trumps physical assault, both as a tension generator and as a human problem.

I keep wondering where I can get hold of the manifesto these filmmakers all signed (remember Dogma 95?) or sign up for a class with the Master they all studied with. But, in all I’ve read about them, there are no indications of any sort of collusion in this artistic trend. Not only are they aesthetically and financially independent of Hollywood, but they also appear to have developed their distinctive approach, for the most part, independent of each other.

Yet the consistency among them is remarkable. If they had gotten together and drawn up a manifesto, here’s what I imagine it would say:

1. We will tell real human stories that are true reflections of our times.

2. We will use our sophisticated cinematic training and inherent respect for the medium to give an unvarnished portrait of social conditions as far out on the margins of society as we can get access to. We will put our preconceptions, prejudices and preferences aside to faithfully serve the realities we observe there.

3. We will develop highly individualized characters, far from perfect, showing fragility and vulnerability along with their determination and dignity. We will dig deep into these characters’ emotional lives and give them entirely human responses to the abuses and injustices they suffer. We will allow our characters to make mistakes.

4. We will employ the highest possible standards of acting, directing, editing, visual composition and sound design. We will cast to serve the story, not to serve the box office.

5. We will be pro-active towards claiming our own aesthetic, resisting any impulse to be simply reactive against Hollywood.

6. We will maintain respect for the fundamental principles of drama while striving not to succumb to sensation and spectacle.

There is nothing in this film that couldn’t actually happen, and does happen, everyday. There are no exaggerations here for effect. And the “hero” does not save the day. She doesn’t solve her own problem. But her relentless, insistent attempts to solve it ripple outward and, no doubt, are what causes the problem to eventually be resolved by others. A big cinematic advantage to portraying this particular social subculture is people don’t talk much, leaving a lot of room for visual poetry.

See this film. You don’t want to miss it.

You can watch Winter’s Bone on the following Video On Demand websites: