The Avengers: With a Cherry on Top

Posted by Jennine Lanouette on Thursday, May 31st, 2012

Sometimes I ask myself – Why do I spend so much time criticizing the big films when small is where my heart is? Today, my answer is – Because they ask to be criticized. They go out onto the world stage and loudly demand our attention. Faced with such bravado, I feel no hesitation about telling them exactly what I think of them.

In that spirit, I went to see The Avengers. “Show me what ya got, Big Boy! I dare ya! Let’s see what’s behind all your bellowing and flaunting! Whatever you got there, it better be good!”

I went. I watched. And it was good.

Finally, a comic book action film worth the price of admission. Haven’t seen the likes of that since Superman II. In fact, it took me back to those heady days when the special effects team worked in service to the director (and writer) instead of the other way around. What we get, as a result, is a film with personality, rather than a commercial vehicle conceived by committee. As the film unfurled, I could see Joss Whedon in it. No, more like I could feel his presence, much like Richard Lester was unmistakably present through Superman II. Not that I’m overly partial to Joss Whedon. The relief, foremost, is in seeing somebody’s distinctive voice. Joss Whedon happens to have an interesting one.

I particularly enjoyed the New York edge in that voice. In fact, I’d like to think that’s the secret to the film’s success. Want to make a blockbuster film? Get out of L.A. and get some attitude! Like the New York cop: “Why should I take orders from you?” Or the Stan Lee cameo: “Superheroes in New York? Gimme a break!” And the ultimate smartass New Yorker, Tony Stark, bringing Thor down to size with Shakespeare in the Park and rallying his pals for the Shawarma Palace.

I have heard the prevalent opinion floating around that, really, the film’s success is thanks to Robert Downey, Jr., that without him, it would have been just another action film. So I replay the film in my head imagining him not in it, and I can see their point. But, while I am a big admirer of Downey, I’m not convinced it is simply his charisma that elevates the film so far above the average. He is simply the cherry on top of a multi-layered, multi-textured hot fudge Sunday. He needs all the ingredients below him as much as they need him. 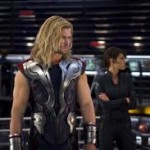 Let’s take a look at those layers. First, there’s Thor, he’s like the ice cream, the core substance, containing as he does a solid pre-modern mix of Greek-style gods and Shakespearean kings, the foundations of our culture. In his time, power was ordained by gods and power struggles were within the family. His big burden is an unruly younger brother, who he must continually chase after and bring under control. (At least that’s as much as I could gather since, doing that Shakespeare in the Park thing, half the time I couldn’t understand what he was saying.)

Then there’s Dr. Banner, a.k.a., Hulk, dark and hot like dripping 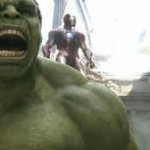 fudge, a product of 19th century, Jekyll-and-Hyde, tormented-psychology-made-flesh. Banner reflects the dawn of the modern era, when we became afraid of what we might create with our newly discovered sciences. Would our emotions keep up with our brainpower? Or would they be empowered by science out of control? We meet Dr. Banner hiding in the colonial third world, carefully keeping his anger under wraps so as not to harm anyone. But, with the support of his newfound friends, he learns he can successfully harness his anger’s power and direct it towards genuine danger. 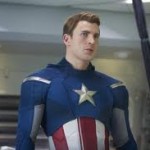 Then comes Captain America, lighter and whiter than the others, like whipped cream, evoking, with his earnest, straight-arrow do-goodism, early 20th century pre-nuclear innocence before we knew how destructive unbridled power can be. He can get the job done with sheer brute force. He has no fear of emotion, but neither does he stand out in cleverness. To be fair, he’s been asleep for 50 years, so he’s still waking up. But when the aliens swarm in, he steps up to lead strategist, demonstrating sudden acumen, as the scarecrow once did before him, a reference he would appreciate.

And, finally, Iron Man, both the nuts and the cherry on top, crunchy 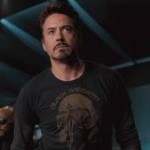 texture and flashy color, embodying late 20th century James Bond gadgetry on steroids. Tony Stark is fundamentally self-centered, which is what happens when power becomes so technologically concentrated. We forget what it’s all for and become overly focused on erecting the biggest thing in the metropolis. Pulled away from his romantic interlude, he makes the movie all about him, until a nuclear bomb is coming straight at him . . . and he has to make a sacrifice.

These larger than life figures, who come together to fight the pre-modern gods (essentially our internal primitive nature), are then supported by a crack team of mere humans: Natasha, the maneuvering spy, Coulson, the on-the-ground agent, and Fury, the organization front man, as well as, the late-arriving Barton, the stalwart soldier. And remember, this whole struggle is over possession of a key element for the development of a clean, sustainable source of power. Let’s not delude ourselves – truly sustainable (i.e., unlimited) power can go either way.

My point here is that it is in this pastiche of characters – embodying distinctive styles, representing different cultural eras, and harboring individual conflicts – that we find the secret to this film’s success.

We are in the 21st century now, which means our brains have evolved beyond single shooter narratives. No longer can a film take hold and thrive simply by being technologically superior in the speed of its chases and intensity of its explosions. Not even the addition of a third spatial dimension will do the trick. (I watched the film a second time in 2D and didn’t miss the 3D a bit.) It must be multi-dimensional in its content as well. It must offer meaning on a variety of levels. We want our entertainment, at the least, to be caught up with the challenges of our media soaked life, if not to pull us forward in some way.

If you are working in an action genre, and, thus, don’t want to go into deep character exploration or thematic resonance for complexity in your story, you need to at least provide multiple layers of cultural meaning, as Joss Whedon did in this film. You have to, in some smart, inventive way, feed the beast of the big 21st century human brain. Our brains have become well adapted to the clamoring complexity in our daily life. Now we have come to crave more layered complexity in our entertainment. This is what The Avengers so successfully dished up, complete with a bright shining cherry on top.

You can watch The Avengers on the following Video On Demand websites: