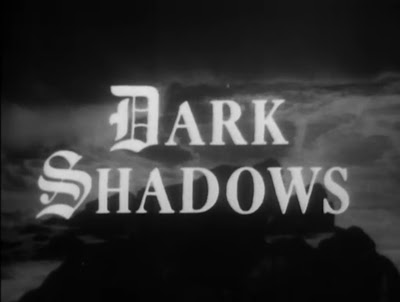 Of all the things I’ve done that I might someday gain cache for, I never thought that having watched Dark Shadows in my youth would be one of them. Yet, lately I keep hearing myself bragging about that fact and finding unexpected bonds with others who share the distinction.

I went to see the film last night with one such friend, who I would not have dreamed I shared this with until the subject came up at a dinner party and our not-inconsequential friendship suddenly took on new depth. We made a promise to see the film together, but she was away so I had to wait for her to return, which was nearly excruciating since the film has been out almost two weeks now.

So we went and we watched and, afterwards, we agreed that the film in no way did  justice to our beloved soap opera. This is baffling to me, since the film adds two more favorites to the mix: Tim Burton and Johnny Depp. I have no doubt these two came to the project with the same healthy respect for the original as I have. Apparently, they were youthful fans, too, along with Michelle Pfeiffer. How could it all have gone so wrong? 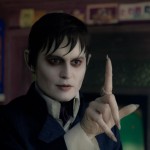 Here’s my reading of Burton’s approach to the material: How weird is it that a turgid, gothic, vampire soap opera could flourish in the midst of the swinging, pop art, primary colored sixties? I can’t disagree with this perspective. In fact, I have myself, from time to time, questioned my own memories. Was there really once a soap opera about ghosts, witches and vampires? And did I really, at age 14, run home from school every day to watch it? After all, these were the days of Laugh-In, The Monkees and The Brady Bunch.

But Burton made this seeming contradiction his main focus – to juxtapose the pop art and gothic aesthetics in a comic book caricature sort of way, with the end result being a rollicking spoof of the original drama. 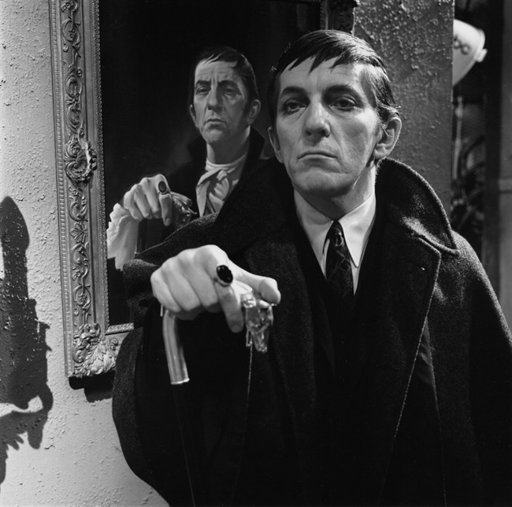 To my youthful self, Dark Shadows was serious business. Although, I can’t remember much of the plot (soap opera plots, after all, are not designed for long term recall), I think back on the show with unshakable affection.  What I do remember is the Gothic-style opening credits and theremin-infused theme music, the mist-shrouded Collinwood Manor and, most of all, Barnabus, the tortured vampire, always trying not to bite his next victim.

I think there was some way in which the show spoke to my identity. I wouldn’t have been caught dead (so to speak) watching a regular soap. Those were for superficial, unthinking people who bought into the status quo. Dark Shadows was counter cultural. My friends and I watching it were the non-conformist misfits in school. We wore our hair parted in the middle and brought in lunch items to share on a red and white tablecloth in the lunchroom.

Everything else on TV was bright and squeaky clean (remember, soap operas got their name from selling soap), but this show was dark and messy. Looking into hidden basements and haunted pasts, it was a reflection of that aspect of sixties culture that was all about exposing the skeletons in our collective closet. The perfect fifties life of Father Knows Best was being stripped away to reveal the deeper social truths of racial bigotry, sexual oppression and a futile speculative war. Thus, Dark Shadows, also toiling as it did among closet skeletons, was metaphorically tuned in to the zeitgeist of that era. It did not exist in juxtaposition to its times. It existed in a peculiar alignment.

As a fan, you want to return to that treasured object from your past and then you want to share it with others who missed it the first time round. You want to be able to say: See this? Isn’t it cool? Can you see why I loved it so much as a teenager? But for that to be possible, the new version has to have the same spirit as the original, the same soul.

Despite all its godless devilry, Dark Shadows had a soul. Sadly, Tim Burton failed to capture it.

You can watch Dark Shadows on the following Video On Demand websites: